20 Places on Earth Which You Just Can’t Miss!

There are hundreds of places on this planet which just make you feel as if you truly haven’t lived by having had missed out on seeing them. These places, should be your weekend getaways rather than just sitting down for hours at a theatre with a bucket of popcorn. Out of the hundreds of places, here is a list of 20. Which we hope inspires you to pack your bags RIGHT NOW!

Mount Roraima-
The highest mountain chain in South America is Mount Roraima. It is one of the world’s most interesting geological and astounding structures on the face of the earth. These age old mountains are a personal favourite for various hiking and mountaineering visitors across the globe.Mount Roraima

The Grand Canyon
We all have heard of the great Grand Canyon’s. But how many of us have actually seen it? Being the world’s most beautiful structure created by erosion earns it a place on this list. The river Colorado had eroded the land over ages and gave earth its very own geological decorates. Which is 277 miles long, 18 miles wide and 1 Mile deep. The very thought of its size itself is overwhelming, imagine witnessing it in person!

Stonehenge
A prehistoric gallery in United Kingdom, which receives more than a million visitors a year! 150 GINORMOUS stones stand on the grounds which date back to around 3000 C.E. One must definitely add this onto their bucket list.

Easter island
3700 Kms away from Chile is a mesmerising small isolated Island. The fascinating place is full of statues, which easily pique one’s interest. With the added opportunity to explore the sea through diving, snorkelling or swimming. Easter Islands open museum is in itself a big invitation card. What else could one ask for? Adventure, history and a chance to explore.

Antelope Canyon
Easily a must visit for any avid photographer, this place is a treasure trove for every adventurous shutter bug. Amongst one of natures best masterpieces. With the vividness and play of colours it truly is breathtaking. A slot shaped canyon, through which tour guides take you around in trucks as they tell you native stories. With a native flute background resonating in the background. What an experience!

Redwood National Park
Everyone knows that the world’s largest trees are the Redwood trees. But surprisingly in the USA, there is a national park which is home for thousands of Redwood trees and is thus known as, Redwood National Park. One could just go and have a walk around this place, even camp amidst these gigantic sentient trees! Wait that’s not it there’s more to this area than these enormous trees. Prairies, wild river ways, oak woodlands and a coastline of at least 40 Km! A must visit for nature lovers.

Tianzi Mountains
If you remember the floating rocks from the movie Avatar, you will be surprised to see the similar mountains soaring up into the sky. The peaks are a stunning view as they soar up one after the other and have been given the name as ‘Monarch of Peak Forest’. The mountains surprise its various visitors in different ways during different seasons and is definitely a treat to the eyes.

Highlands, Norway
Highlands is a place in Norway where you’d believe that fantasies can become reality. The sight of the Scandinavian mountains are just the beginning, the beautiful mountainous landscape with an amazing view of the North Lights in the sky is a surreal sight. Adventure seekers must never lose out on a chance to climb and trek on these mighty mountains.

Blue caves, Zakynthos Island
The name says it all, the Blue Caves are a tourist hot spot in Greece. It attracts tourists by the thousands. The cave walls turn blue due to the reflection of water off of it. People who visit these caves prefer having a dip in the blue crystal waters of the sea as well.

Taj Mahal
The monument made in 1632 by Shah Jahan, a Mughal emperor as the symbol of his eternal love for his beloved wife Mumtaz Mahal. The dome made on the tomb is called the ’Taj’ meaning ‘crown’. A remarkable structure made with white marble stone stands proud in Agra, India. People from around the world make a trip to the Indian subcontinent just to have a look at this marvellous symbol of love.

Venice
Venice is a magical place where you can fall in love all over again. This Italian city was built along the waters as a precaution during the plague. The Grand Canal was built a long time ago but today it has a unique transportation system with water taxis and even small boats.

The Great Blue Hole
A placed preserved by the UNESCO which is also a scuba diving recreational zone . The entire portion is dressed with in a spectacular ecosystem with corals as well. The underwater sinkhole is located off of the coast of Belize. Formed by ages and ages of natural process, The Great Blue Hole is definitely a point to be explored.

The Subway, Zion National Park-
Zion National Park in Utah is a proud land that is an abode to a mysterious creek called the Subway. The place can be explored only during the day time. Even experienced hikers and rafters need permission to explore this natural wonder. This spectacular national park is the place to be for every hiking and rappelling lover.

Angkor Wat
Cambodia’s most iconic structure is Angkor Wat. It is the largest religious monument ever constructed and date’s back to 1113 A.D – 1150 A.D. Angkor Wat means ‘the temple city’. Dedicated to god Vishnu earlier but now converted as a Buddhist monastery. With hundreds of temples within the place it is bound to satisfy the adventurous.

The Great Wall of China

Pamukkale
Pamukkale, is a place in Turkey which would mesmerise anyone across the globe. The white terraces formed as warm pools are known as the ‘Cotton Castle’ which is the exact translation of Pamukkale. This is Turkey’s most visited tourist attraction every year.

One must visit these places while they still can in their lifetime, no one regrets the destinations they visited or the decisions they’ve made. Everyone only regrets not taking those risks or travelling around. So, what are you waiting for? Get ready and explore. 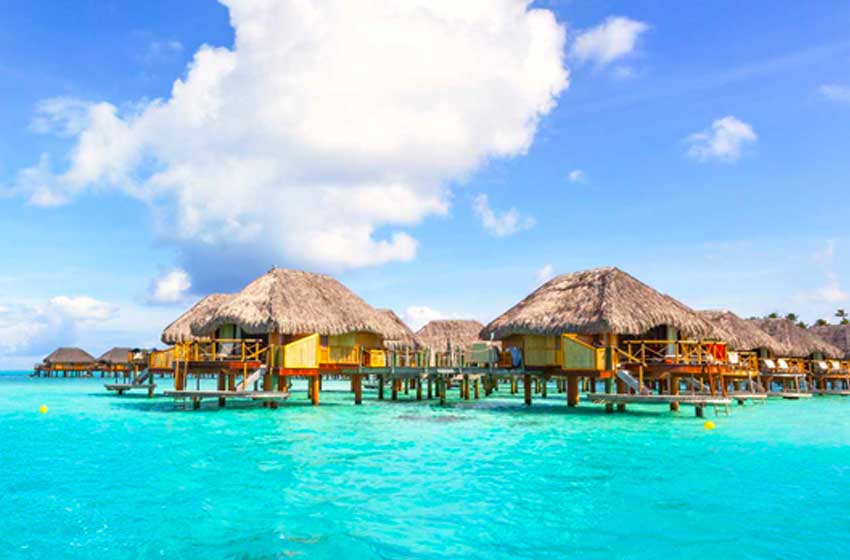 50 Best Places to Visit around the World 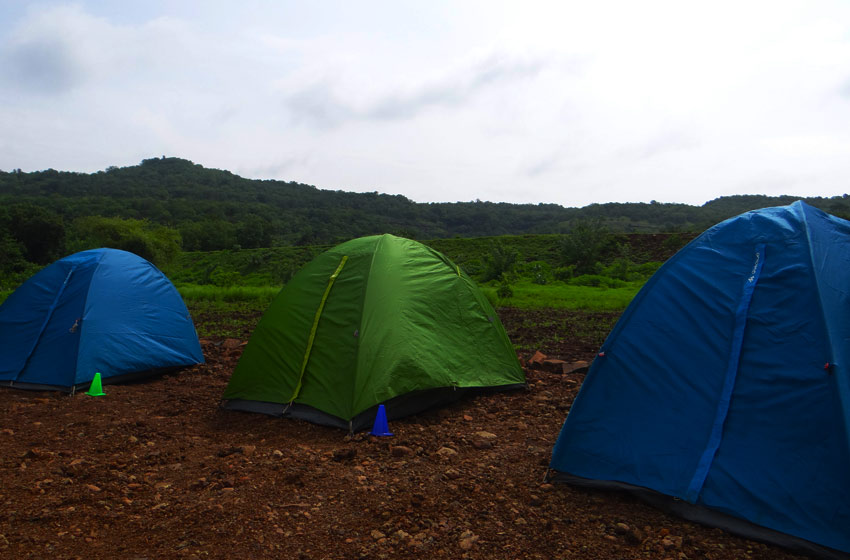 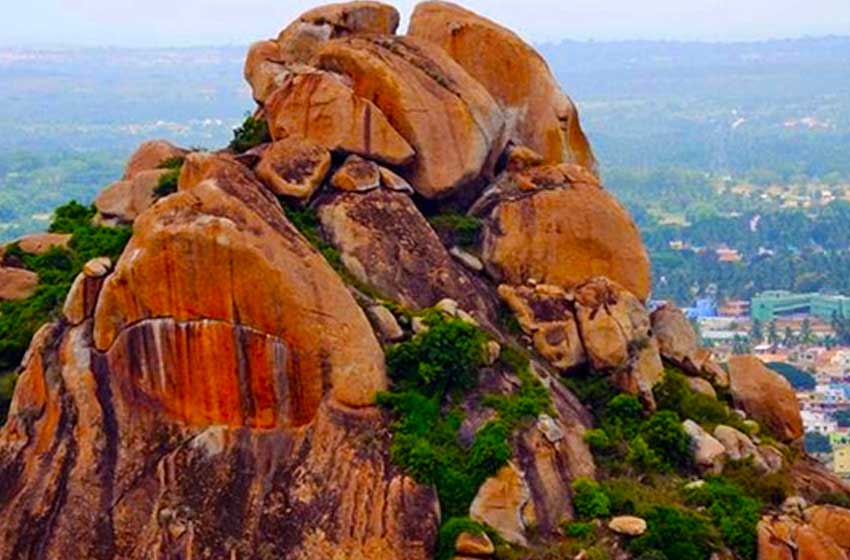 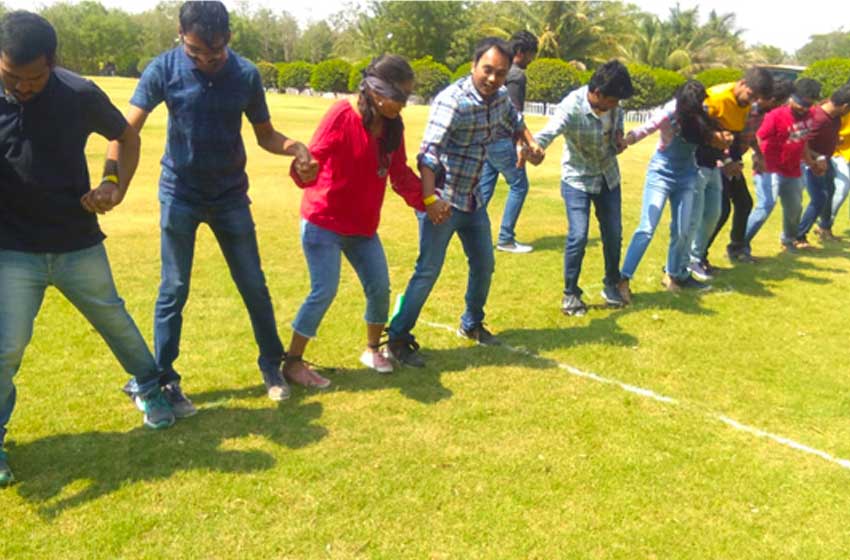 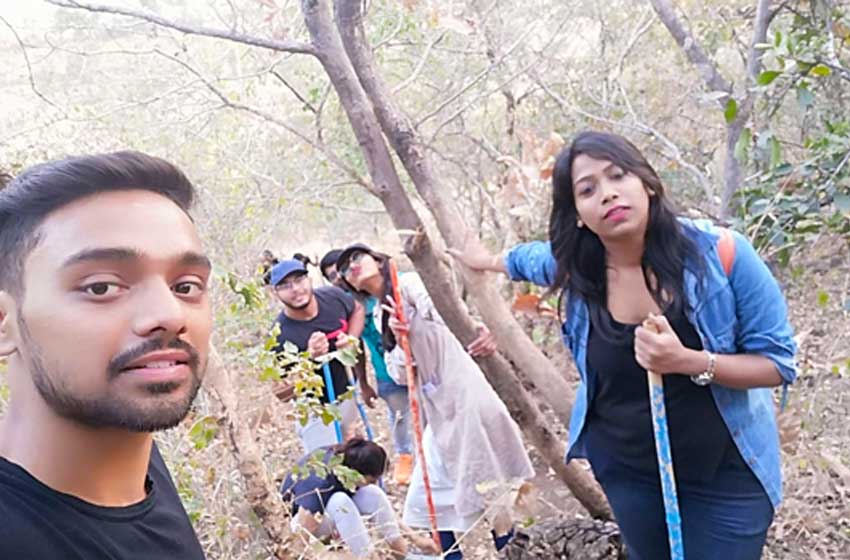 Pack Up for Anantagiri Hills

10 Treks across the World That You Should Not Miss! 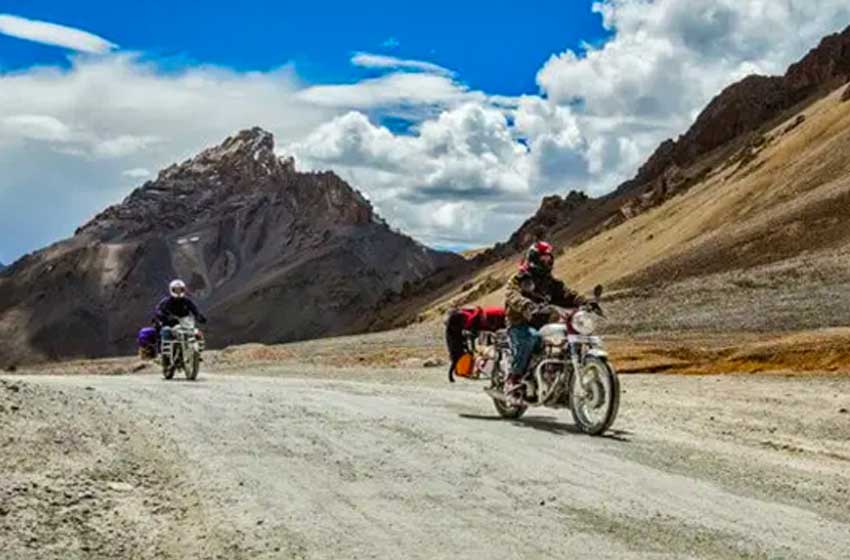 The Ultimate Guide for A Road Trip from India to Thailand 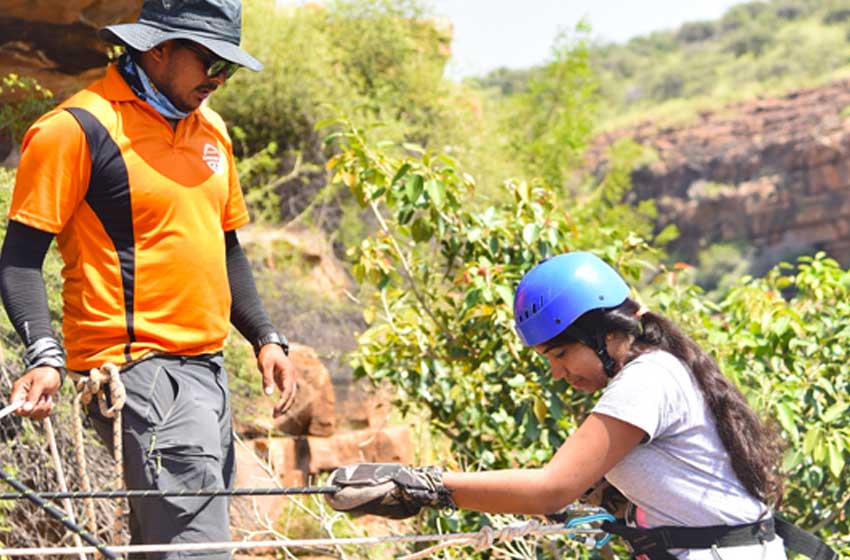 Gandikota - The Destination For Adventures 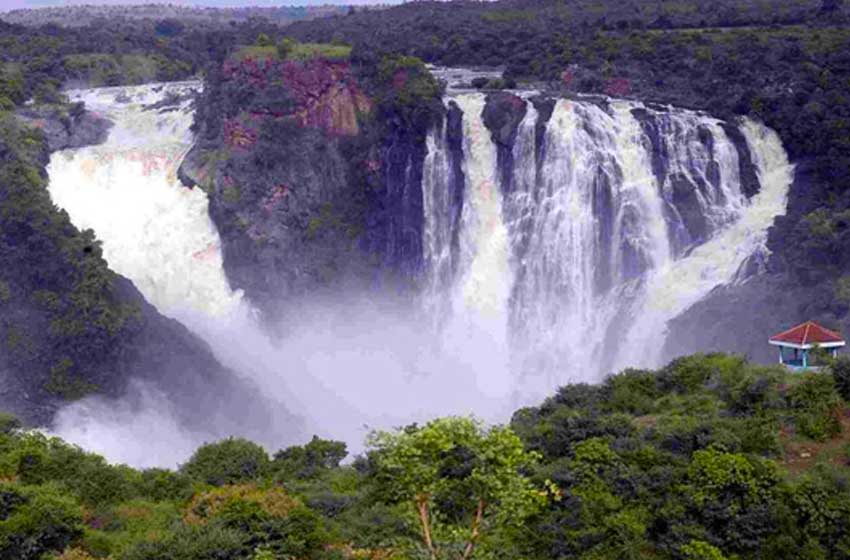 Best places to visit in Bangalore 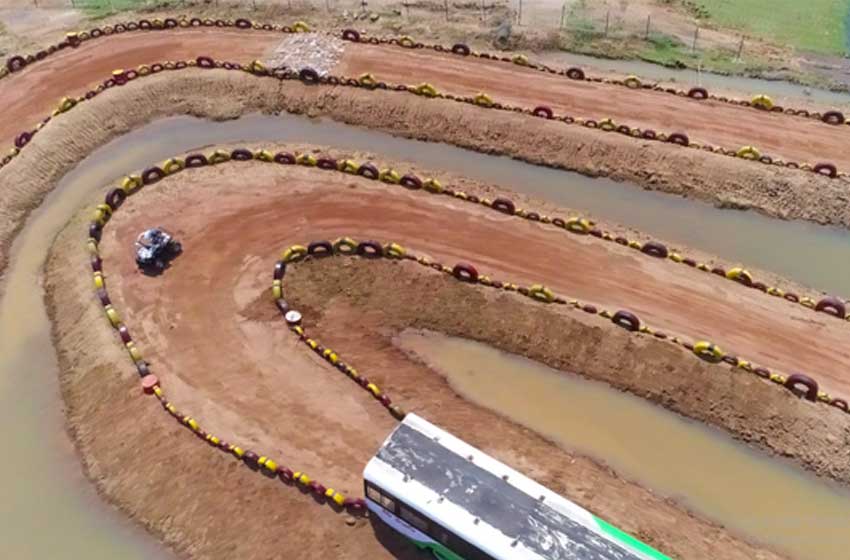 50 Best Places to Visit around the World

Dindi- Andhra Pradesh’s Best Place To Visit For A Holiday

Why Is Laknavaram Lake The Best Adventure Site?

Top Six Ways In Which Rope Activities Help Your Kids

30 World’s Best Experiences One Must Take before Dying! 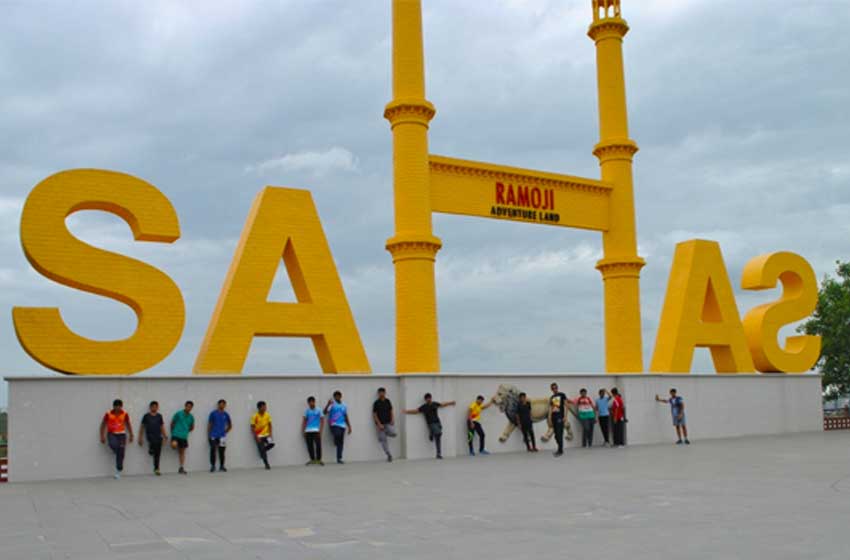 20 Places on Earth Which You Just Can’t Miss!

EXPLORE SEASCAPES WHILE YOU KAYAK!

Top Six Ways In Which An Adventure Camp Can Help Your Child! 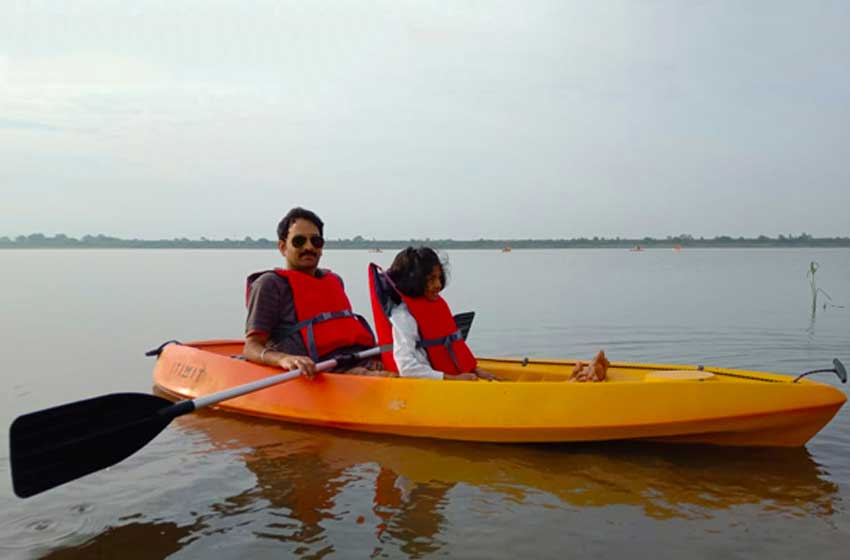 Top 10 Reasons To Include Kids On Your Outdoor Adventures

Summer camp for children with Freakouts

Adventures Sports and You 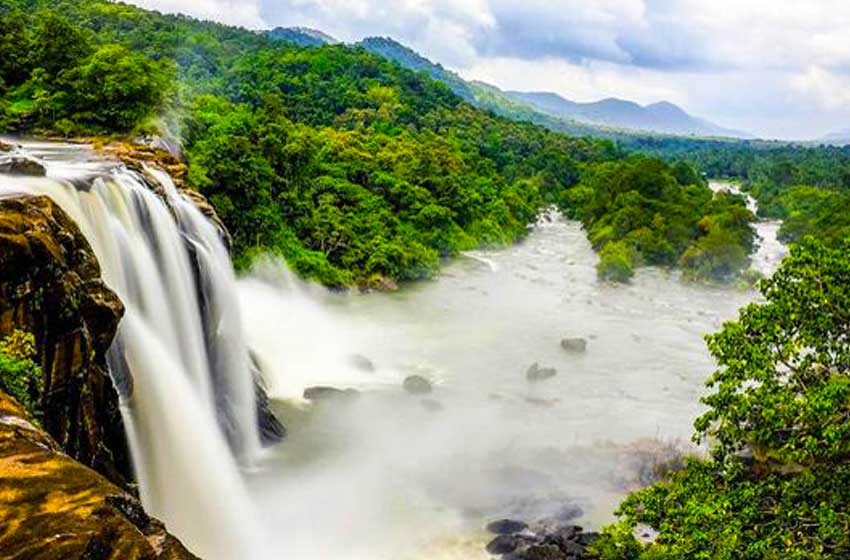 10 waterfalls in India which are too good to miss

All You Need To Know About Adventure

Want To Barter Our Adventure With Your Skills?

15 Islands to Be On Your Holiday Itinerary for summer

Pack Up for Anantagiri Hills

Top Six Ways In Which An Adventure Camp Can Help Your Child!

10 Treks across the World That You Should Not Miss!

Top Six Ways In Which Rope Activities Help Your Kids

Top 10 Reasons To Include Kids On Your Outdoor Adventures

30 World’s Best Experiences One Must Take before Dying!